During the roman period the Gulf of Portoferraio contained two villas, used by rich romans for their vacation. The remainder of the second villa can be visited beside the “Torre del Martello”, just behind the Archaeological Museum of Portoferraio.

The “Villa delle Grotte” was built during the 1st. century b.C and already abandoned during the 2nd. century a.C.

Between the 4 th. and the 6th. century the ruins were most probably occupied by hermit monks. During the years 1799 – 1802 Elba was the battleground between the French and the garrisons loyal to the grand duke of Tuscany, supported by elban insurgents and the British Marine. It was during these difficult years that the external walls of the villa were distroyed in order to instal a group of siege cannons.

The finds made during the excavations in the 60th. can be seen at the Archaeolocical Museum “della Linguella” in Portoferraio.

Open all year by appointment. 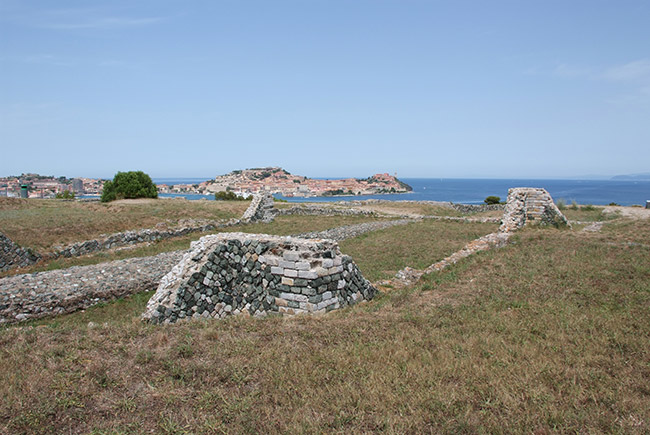